The Philippines may be the new Florida for Koreans. The Koreans came without any warning and trickled in almost unnoticed. Now, there are too many of them to ignore. All of a sudden, it seemed that the South Koreans are practically everywhere in the Philippines. They are now on our local television shows, the country’s top resorts, universities, and malls.

As of the moment, Koreans are in almost all of the major urban areas of the Philippines. From the green city of Baguio in the north to the southern city of Davao in Mindanao, there are Korean groceries and restaurants. They bear Korean-language signs. The Koreans also established resorts, hotels, churches and extensive manufacturing facilities. Cavite also has Korean-only suburbs.

The Koreans invaded the Philippines, and the Filipinos mostly welcome them with open arms. It cannot be difficult to see why. The Philippines is only a few hours away by plane from Seoul. The country’s English-speaking population is famous for its hospitality. It has the most postcard-perfect beaches in the world and a significantly lower cost of living. Also, the Koreans bring in buckets of dollars into the country through direct investments and consumer spending.

Last 2006, the Koreans took the number one spot in foreign investment and tourist arrivals in the Philippines. More than half a million Koreans visited the country last year. They overtook the visitors from the US. It includes the returning overseas Filipino workers and residents. The most famous spot in the nation is Boracay. More than fifty percent of its visitors were Koreans.

South Korea accounts for $1.2 billion of the $3.5 billion in investments that came to our country last 2006. It is also now the country’s most significant source of foreign direct investment. Japan and the US are next. A massive bulk of this figure came from the Hanjin Heavy Industries and Construction Co. because it is building the fourth-largest shipyard in the world. The value is at 1 billion dollars. You can find it inside the Zambales Province’s Subic Bay Freeport Zone.

According to Jae J. Jang, the workforce and location of the Philippines make it one of the best destinations for Korean businesses. He is the president of the Philippines’ Korean Chamber of Commerce. Koreans have 250 large factories in the Philippines’ exclusive economic zones. They are also one of the top investors in tourism. There are more than 100 thousand Koreans who live here and spend around $800-$1000 monthly. It can add up to almost $1 billion in consumer spending every year.

Koreans in the Philippines outnumber those who live in Indonesia and Singapore. Instead of embracing what Filipino is, they prefer to bring Korea with them. Korean establishments rise wherever they settle. The country now has Mini-Korean communities scattered all over the place. They have the usual groceries and restaurants as well as Korean churches, spas, salons and internet cafes. All of these have prominent Korean-language signs. Only a few offer English explanations. It may not be unusual to find Korean grocers who import Korean-made Lay’s potato chips and Coke. They do this even if there are identical products that are available locally.

According to the head of Team Korea for the Philippine Tourism Department, Pamela Samaniego, Koreans keep to themselves.

It may not be surprising to hear rifts. There are local newspaper reports that only Korean travel agencies benefit from Korean tourists. That is because Korean companies shut out local operators.

In Baguio, the cold climate is attractive to them. However, there are complaints regarding illegal practices and business transactions. There are Boracay resorts who ban Korean tourists because they leave the rooms in shambles after staying there.

In Talisay, the location of the world’s smallest volcano called Taal, there is a considerable controversy about the plans of a Korean company to construct a spa resort on the island volcano. They plan to do this even if there are local environmental restrictions. It is an issue that threatens to turn into an us-versus-them storm.

The Davao City council launched an investigation into Korean business practices. There were claims that Korean businesspeople set up illegal businesses and dodge visa regulations. Last June, the Bureau of Immigration warned foreigners who operate retail stores and use the Filipinos as their front. Immigration Commissioner Marcelino Libanan said that foreigners, especially Koreans, are violating the immigration laws.

According to Libanan, a foreigner who engages in retail trade may be liable for deportation. It is an act of violation of the conditions of his stay and admission in the country.

The complaints may be noisy, but they are minor so far. It is unlikely for the perpetually cash-strapped Filipinos to turn away from Korean cash. The government even aggressively promotes education and tourism to Koreans.

According to Edmer Bernardo, an English language instructor, the Korean wave started in the late 1990s. During this time, Koreans went to the Philippines to look for English tutors from local schools and universities. A Korean businessman established the C21 Language Tutorial Center in 1999. He currently serves as its director.

Nowadays there are hundreds of English language centers. A lot of them cater exclusively to Koreans. You can see it from the Korean language websites and find them all over the country. The second largest city in the country, Cebu, have sixty centers that serve Korean students. They bank on the reputation of the Philippines as the only English-speaking nation in the region. Koreans consider the training schools as hagwons. Here, students may cram to learn English. They provide stiff competition to the same private academies in Canada and Australia. Thousands of Korean students go to the Philippines from January to February and from July to August. That is their vacation time to take crash courses in business or conversational English. They get attracted by the cheap cost of living and affordable tuition fees. Because of this, lots of them stay for a six-month to a one-year course.

Because of this trend, the Tourism Department launched the English as a Second Language Tour Program in 2003. It combines vacation trips and language activities. They also target Japanese and Chinese students. A bulk of its customers are Koreans.

Afterwards, the Philippines targeted a marketing campaign with a $3.2 million annual budget to attract Korean tourists. A part of the campaign is the Korean language tourism website. It has a series of advertising materials that includes television commercials. They show the Korean actress Eugene Kim enjoying the beautiful country of the Philippines.

Businesspeople and honeymooners on holiday comprise a bulk of the tourists. Their main attractions are the country’s golf courses and beaches. It is easy to visit the Philippines because of the lenient visa rules. There is also an increase in the availability of direct flights between the two countries. According to the General Manager of KJL Tour Leader, Jeremy Baik, it is easy to sell the Philippines to Korean tourists. That is because the country has excellent resorts and beaches. Whenever they look for vacation spots on the Internet, the emerald waters and white beach of Boracay easily wins when compared to Bali and Phuket.

The resorts of the Philippines may be pricier than their counterparts in Thailand and Indonesia. However, the cheaper airfare evens out the cost.

However, Thailand still gets twice as many Korean tourists than the Philippines. They had more than 1.1 million visitors last 2006. That is because Phuket had more resorts and hotels. Local tourism authorities are confident that this may not be the case in the future.

Koreans decided to stay because of the English-speaking Filipinos and the low cost of living. Their $3000 monthly income is a large sum in the Philippines. That money may be difficult to sustain a family of four in Korea. If fathers leave their families here while working in Korea, they can afford massive homes with maids and other luxuries. 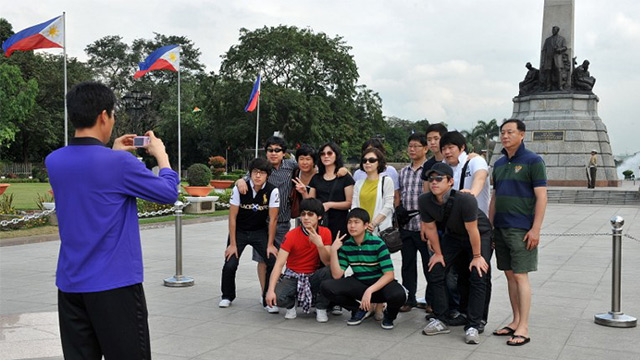 Korean parents may also choose to make their children study in our country. They may even make sure that they learn English. The tuition fees here are significantly cheaper than the U.S. and Canada. Back in Korea, their passion for English is intense.

Filipinos seem to embrace the Korean culture. According to a Korean immigrant, Sandara Park, Kimchi is a known dish. She is now a favorite local singer/actress who started her career after winning a local talent search. Korean television dramas are a local passion on primetime television. 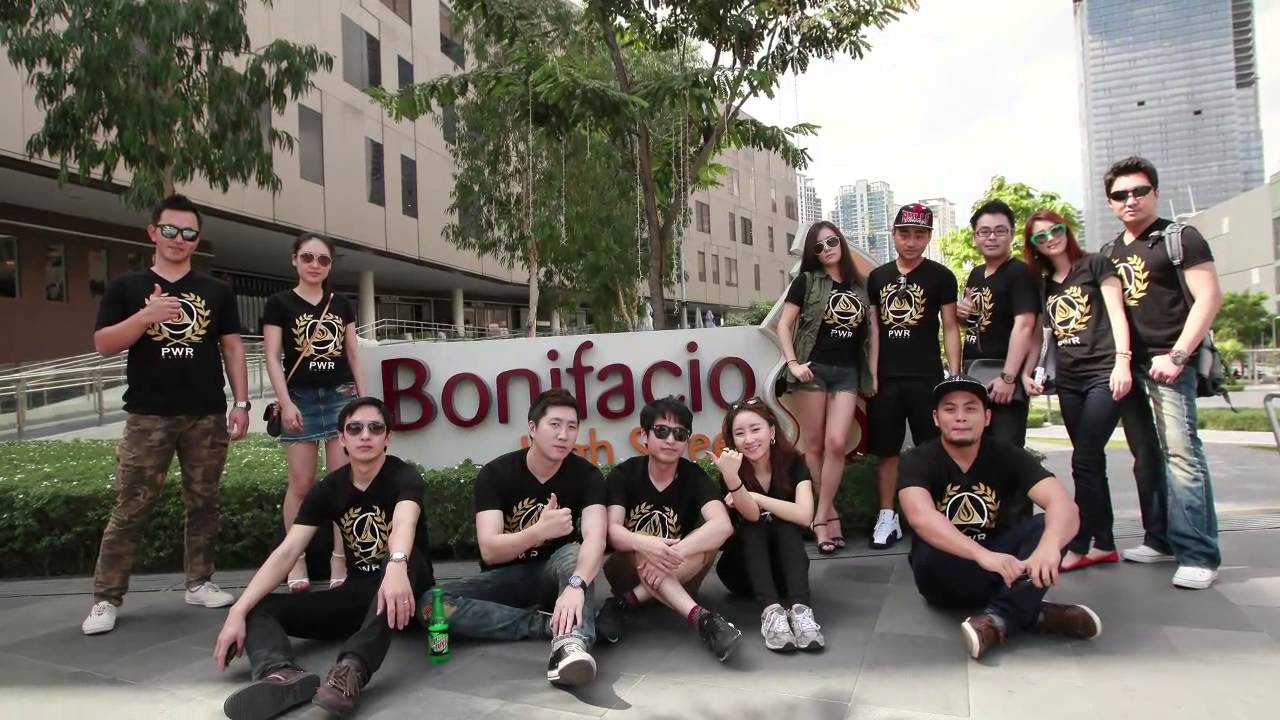 The following generations of Koreans may likely become a big part of the Philippines in the years to come. It may range from grandparents resting by the seaside and students just starting out.