Anyeonghaseo: An Introduction to the Korean Food and Culture of Korea

Anyeonghaseo: An Introduction to the Korean Food and Culture of Korea

Korean culture has been a subject of international interest since the Korean Wave, or Hallyu of the 2000’s. Everywhere from food, music, fashion, and technology has found its way into the norm of the Filipino style and palate.

They introduced the Korean mainstream through the telenovelas in our local airwaves. It became very popular because of the new style of storytelling. The fascination in these telenovelas fueled the Filipino’s interest in Korean culture, music, and food.

Check out the introduction into the Korean culture in this essential guide to their entertainment, food, and drinks.

Musicians play the Gayageum. It is a traditional zither-like instrument that they historically play as an accompaniment for lyric or court songs.

It can play mysterious music that can make it difficult to peel the anyone’s eyes from the fingers of the player.

There is a group of ladies who dance the mesmerizing Buchaechum. They wear the customary Jokduri tiara and Dangui costumes.

They decorate the fans with bright pink Peony flowers. It synchronizes with the dancers who manipulate the resemblance of the wave, trees, and blossoms. You will have to see this before you can believe it.

The Korean immersion may not be complete if there is no high-energy K-Pop (Korean Pop) dance sting. K-pop is the wide selection of music that gets accompanied by the flashy visuals.

It will be great to observe the evolution of the culture from the choreographies, music, and costumes.

Korean men and women traditionally wear the Hanbock. It is the Korean clothing that they wear during special occasions like festivals.

The director of the Korean Cultural Center is Oh Choon-Suk. He received a certificate of appreciation while he wore his Magoja.

The Cultural Center also has various programs that include cooking demonstrations, Taekwondo (a Korean martial art that focuses on kicks), dance lessons, Gayageum music lessons, among others.

KOREAN DRINKS YOU SHOULD TRY

Soju or The Green bottle

The alcoholic drink that tastes like Vodka is Soju. It is effortless to pair it with various dishes because of its clean flavor. Soju’s alcohol content may range from 16%-45% so it will be better if you drink responsibly.

Makgeolli or The Korean Rice Wine

This milky and off-white wine has an alcohol volume of six to eight percent. The sweet-sour flavor can be popular with the ladies.

It has health benefits that range from proper digestion to lovely skin. The fermented drink also has the “good” bacteria like Yakult. A bottle of Makgeolli is the same as 100 Yakult bottles. It can make your stomach happy. 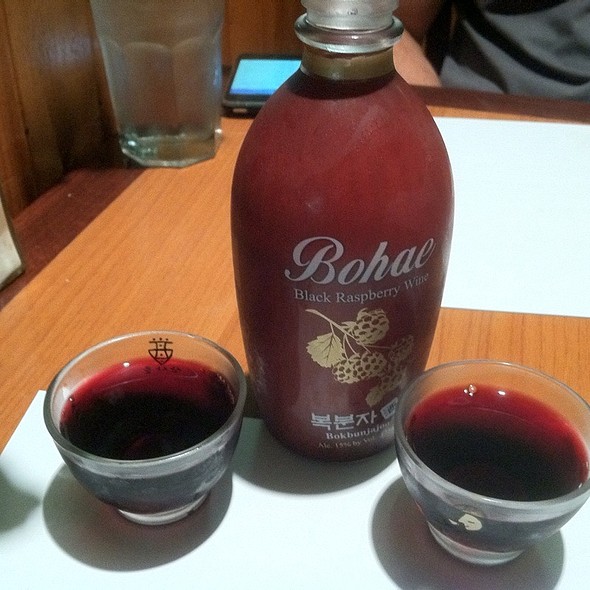 The Bokbunja Ju has a distinct pleasant taste that comes from the Black Raspberries that ferments in water. The alcohol content is 15 to 19%. It tastes sweet and almost like juice.

The meaning of “Bok” is upside down. “Pun” means “toilet bowl” and the meaning of “ja” is a man. It has a comedic explanation behind this. Bokpunja provides people strength that can turn the toilet upside down. This drink also has benefits like the prevention of liver disease and virility. 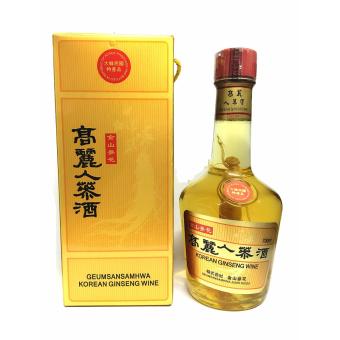 The Korean Ginseng Wine or Insamju has an alcohol content of 20%. It is typically famous as a medicinal wine that Korean elders drink.

It has benefits that include the cure for the lack of appetite. It also provides help for weak sexual stamina, infertility, blood pressure, paralysis and the lack of desire to eat. 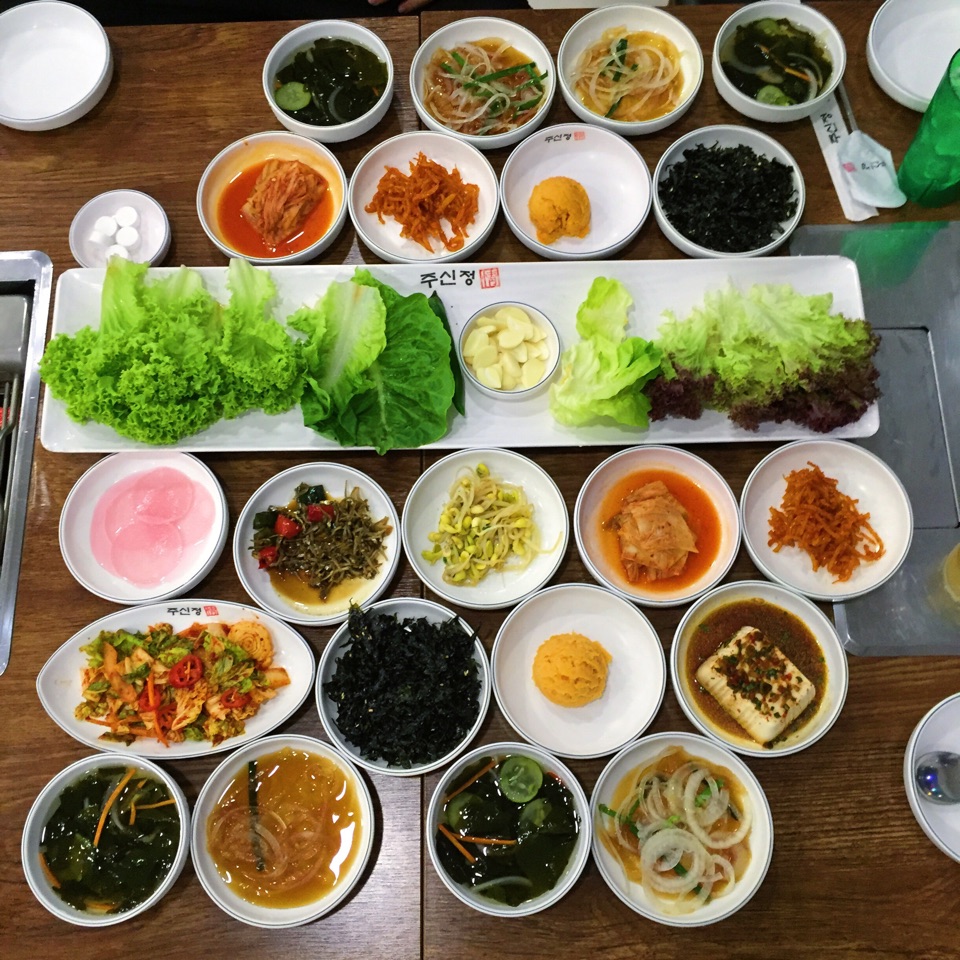 Instead of the more popular Hot Bulgogi, try the cold array. It highlights the vegetables’ delicate flavor in the dish. This variety has plants you can easily distinguish like bell peppers, fresh radish, and bean sprouts.

Bulgogi is the dish that has strips of sirloin beef. It has marination in pepper, garlic, sesame oil, sugar, and soy sauce. 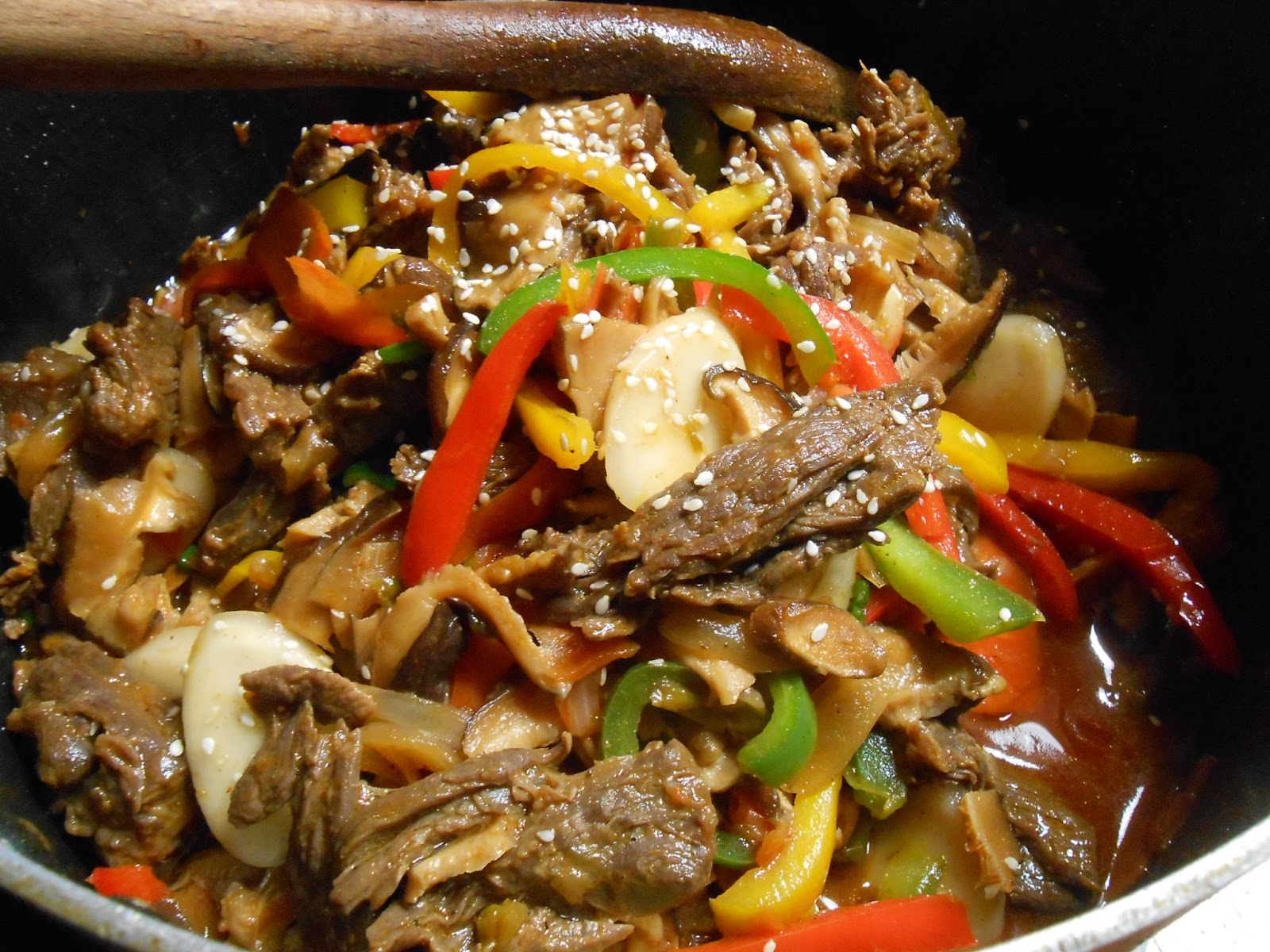 Here is another variety of the Bulgogi. It has rice cakes that have a soft and chewy texture. They taste bland on their own, so they get most of their flavor from the sauces.

The tubular rice cakes or Ddukbokki are what people usually eat as a street food with the fermented chili sauce or Gochujang. 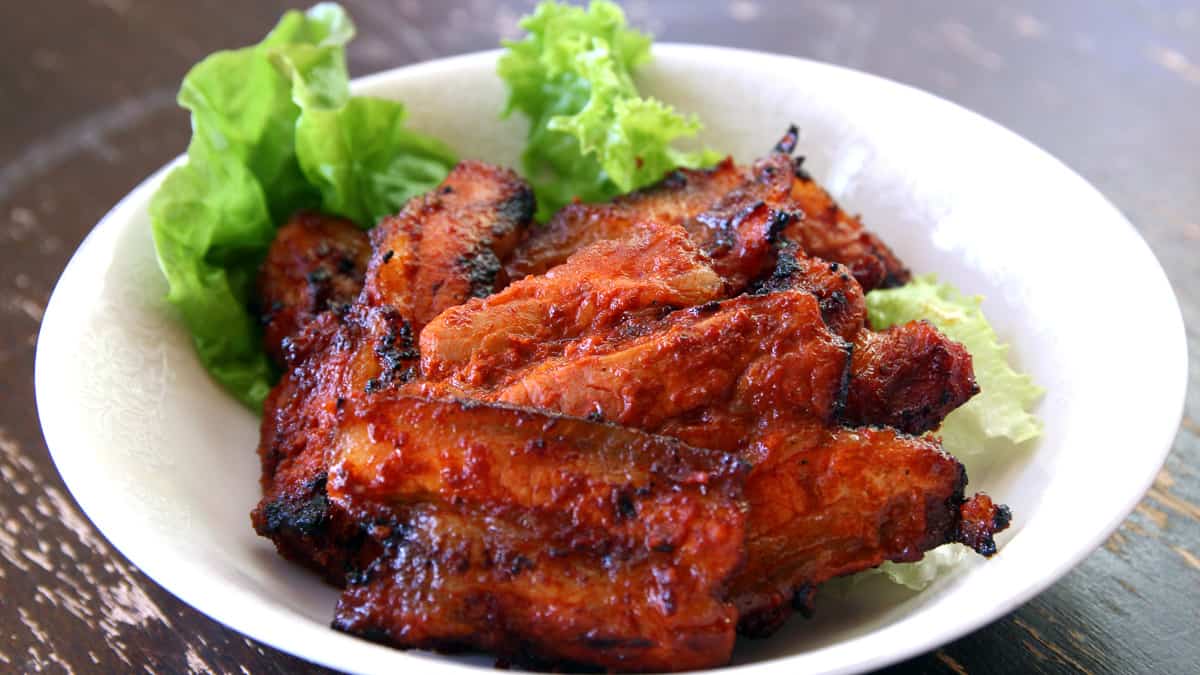 They usually marinate this grilled pork belly. It gets wrapped in fresh lettuce that has garlic. It will be best to share it with your friends.

People call the un-marinated form Samgyeopsal. It is mostly available for grilling in Korean restaurants. 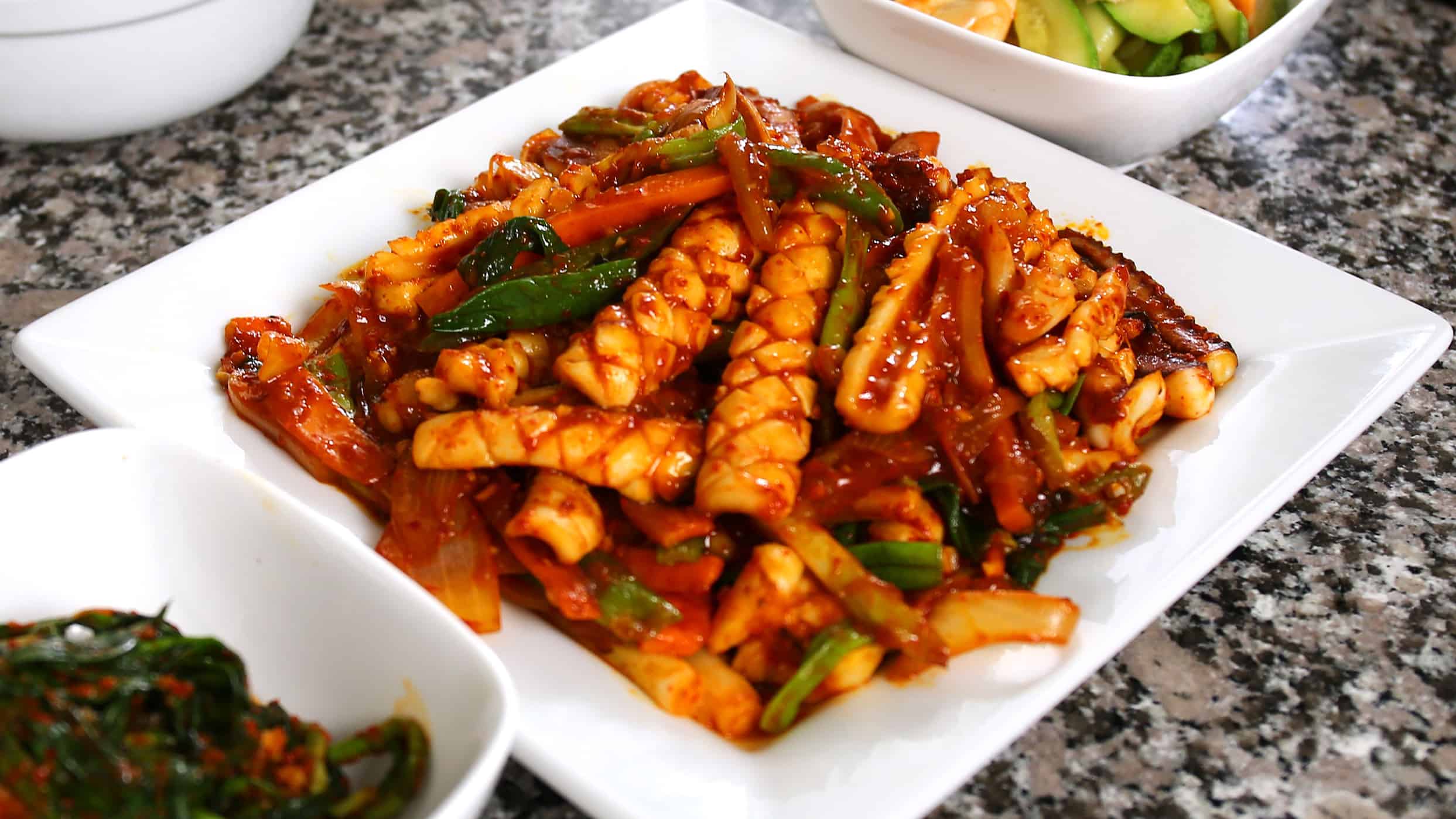 Here is a Spicy Squid with the main sauce called Gochujang. It is a fermented chili paste that gives a signature fiery, sharp, and sweet flavor.

“Bokkeum” is a term that is a generic name for the usual Korean stir-fry sauce. When you see the term “Bokkeum” in the menu, you may have an idea of what to expect. 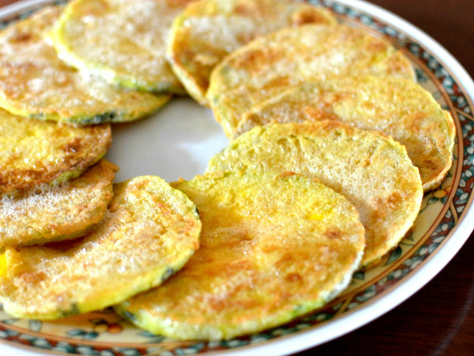 They usually eat the Hobakjeon as an everyday side dish or Banchan. They recommend that you eat it with mild tasting Korean dishes. It will help you appreciate the subtle flavors of the battered vegetables.

HOW THEY MAKE SIGNATURE KOREAN DISHES

It is a fermented side dish that has vegetables as its main ingredient. They historically developed this side dish in preparation for harsh winters because vegetation is scarce. It allows the plants available all year-round. The Koreans ferment them underground in large clay pots.

The chef soaks and salts the Napa Cabbage in the brine two hours in advance. He combines all the pre-cut vegetables without the Napa Cabbage with the glutinous rice paste. Afterwards, he mixes it well to create a “rub” for the Kimchi.

Kimchi got its fire and color from the dried hot pepper flakes or Gochugaru. They mix all the ingredients well to create a “rub” for the Kimchi. After forming the red paste, they rub it all over the cabbage. A good Kimchi usually has a lot of rub on the cabbage. It will become better if it becomes red. The paste is the fermented side dish’s most crucial part. You may opt to use other vegetables like the radish or cucumber. After completing the rubbing process, make sure to keep the Kimchi in an airtight container.

You may allow a few days of fermentation at room temperature or eat it right away. If you put it in the fridge, it will slow down the evaporation.

It will be best to enjoy the Kimchi when it’s sour. You may get this after three days to a week of fermentation. 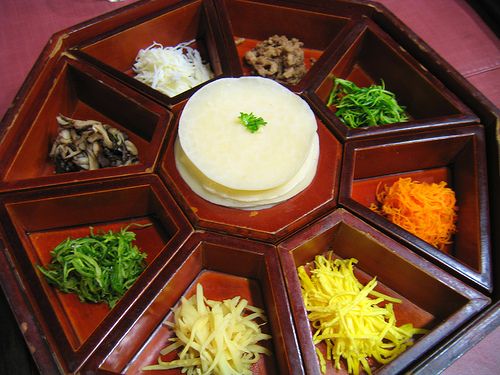 The Gujeolpan is an octagonal serving dish that segments into nine different portions. The outside parts have sliced meat and vegetables. The inner portions have a wrap that has thinly sliced radish and flour.

Gujeolpan has a modern variety that contains radish, cucumber, Bulgogi, eggs, Enoki mushrooms, Shiitake mushrooms, cucumber, carrot, and crabstick. It can be an appetizer or main dish.

You can expertly cut the large radish into thin slices. It can create a “wrap” for the sautéed mushrooms, meat, and vegetables.

You may choose how to mix and match your wrap. You may also consume it with various sauces like Kan Jang (soy sauce, vinegar, and wasabi) or Gyeoja (Korean mustard powder, water, vinegar, and sugar). 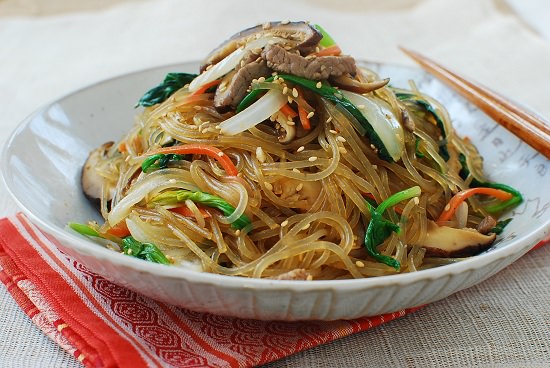 The Korean specialty that came from an assortment of glass noodles from sweet potato and vegetables is Japchae. It has the necessary ingredients like mushrooms, spinach, onion, carrots, and sesame oil.

According to history, Japchae had no noodles at all!

They added the starchy noodles to the dish after the Chinese introduced it in the 20th century. You may boil the noodles for six minutes or soak the noodles overnight. You may choose egg or rice noodles, but it can change the flavor of the dish.

Add sesame oil to get a distinctly Asian flavor. The chef can mix the vegetables and noodles well. Add some sesame seeds to get extra flavor and fragrance.

They commonly serve this as a side dish. It can be the main course when you put it on a bed of steamed rice or Japchae-Bap.

The unique and vibrant Korean culture may be full of history. There may be a lot you can learn if you observe their food and drink.

We hope that this guide and teach you to drink, eat and party like a local before your next trip. Anyeonghi gaseyo!